Switch to the dark mode that's kinder on your eyes at night time.

Switch to the light mode that's kinder on your eyes at day time.

Switch to the dark mode that's kinder on your eyes at night time.

Switch to the light mode that's kinder on your eyes at day time.

There has been a significant rise in the use of Apple Cider Vinegar as a home-remedy. It has been used as an anti-microbial agent, preservative. Also an agent to treat sore throat and varicose veins since ancient times.

However, extensive research is required to prove the beneficial effects of Apple Cider Vinegar. 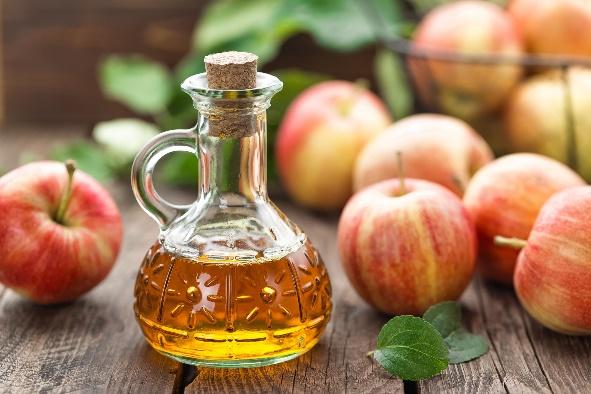 It is the fermented form of Apple juice and is considered a pro-biotic, a substance that improves and restores the gut flora.

Therefore, enhancing digestive function. It also has an indefinite shelf-life and does not need to be refrigerated.

The health benefits of Apple Cider Vinegar are:

Apple Cider Vinegar is most commonly used for weight loss. It exerts its weight loss effect by stimulating the feeling of satiety. As a result, the consumption of food is minimized.

Ingesting 1–2 tablespoons of ACV daily for some time may induce weight loss in overweight individuals.

It has shown to reduce fasting blood sugar levels to an extent.

However, it should not be considered as a replacement for medicine.

Apple Cider Vinegar exhibits anti-microbial activity. It has been used to prevent infections and clean wounds.

Its ability to inhibit bacteria like E.coli makes it an exceptional food preservative.

Other than the health benefits. Apple Cider Vinegar has shown to be beneficial to the skin and hair. It is making rounds in the skin care community. It helps treat acne, soothe skin burns. Helps reducing hair frizz and dandruff and combat tangles.

Apple Cider Vinegar is known for regulating blood pressure levels in individuals suffering from hypertension. It produces its effect by controlling an enzyme released by the kidney, renin, which constricts and dilates blood vessels.

The anti-oxidant properties of Apple Cider Vinegar are known to reduce the levels of LDL but increase the HDL levels in the body.

Apple Cider Vinegar is not always safe to use. It can cause certain side effects. The acidic nature of ACV can damage the tooth enamel. It can worsen the symptoms of gastric ulcers or acid reflux. If an undiluted form is applied to the skin. It can damage it and cause burns. Several other side effects can also occur. Therefore, it should be used with caution.

A consultation with your health-care provider before drinking ACV is also recommended.

HOW TO USE APPLE CIDER VINEGAR

What do you think?

Your password reset link appears to be invalid or expired.

To use social login you have to agree with the storage and handling of your data by this website. %privacy_policy%